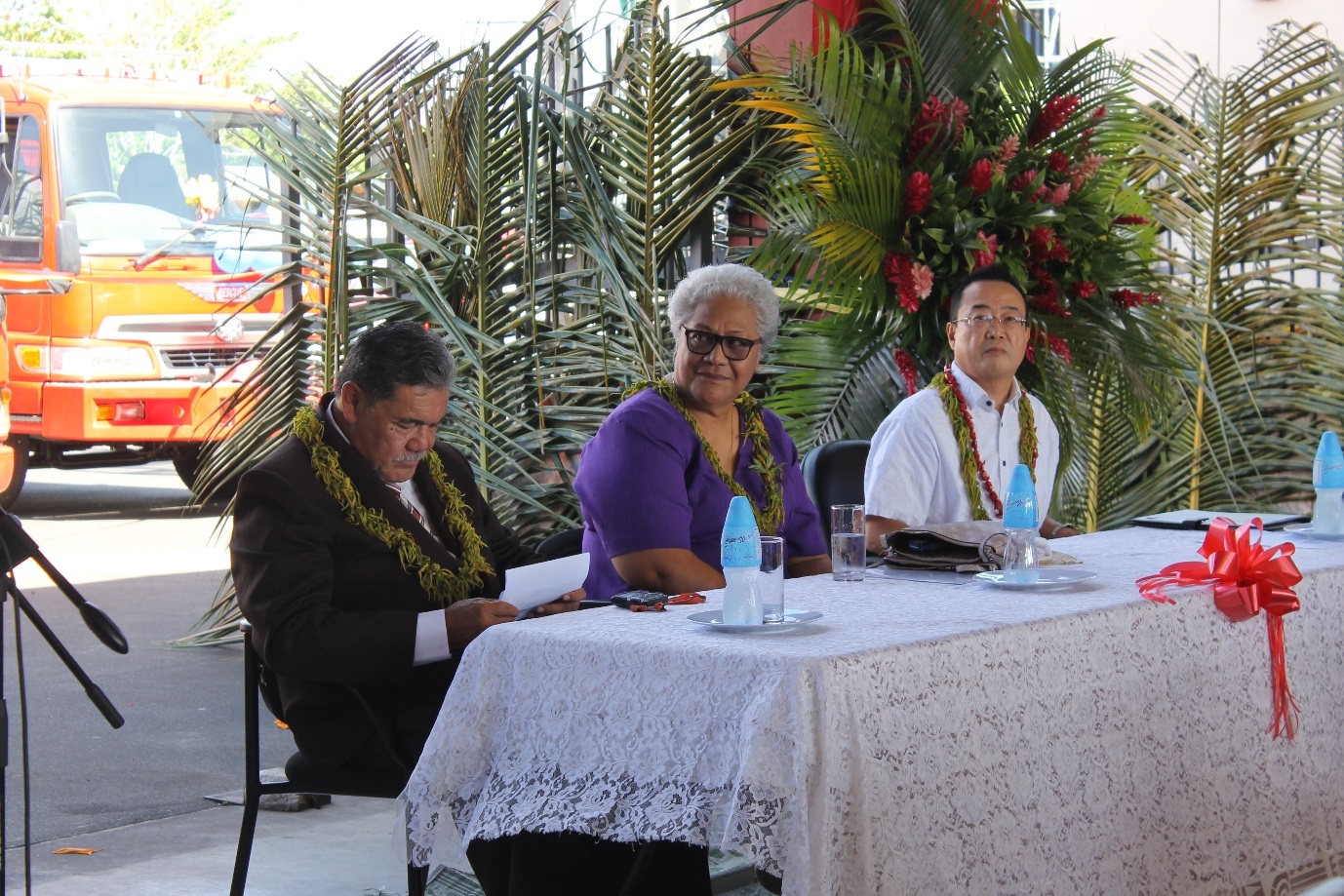 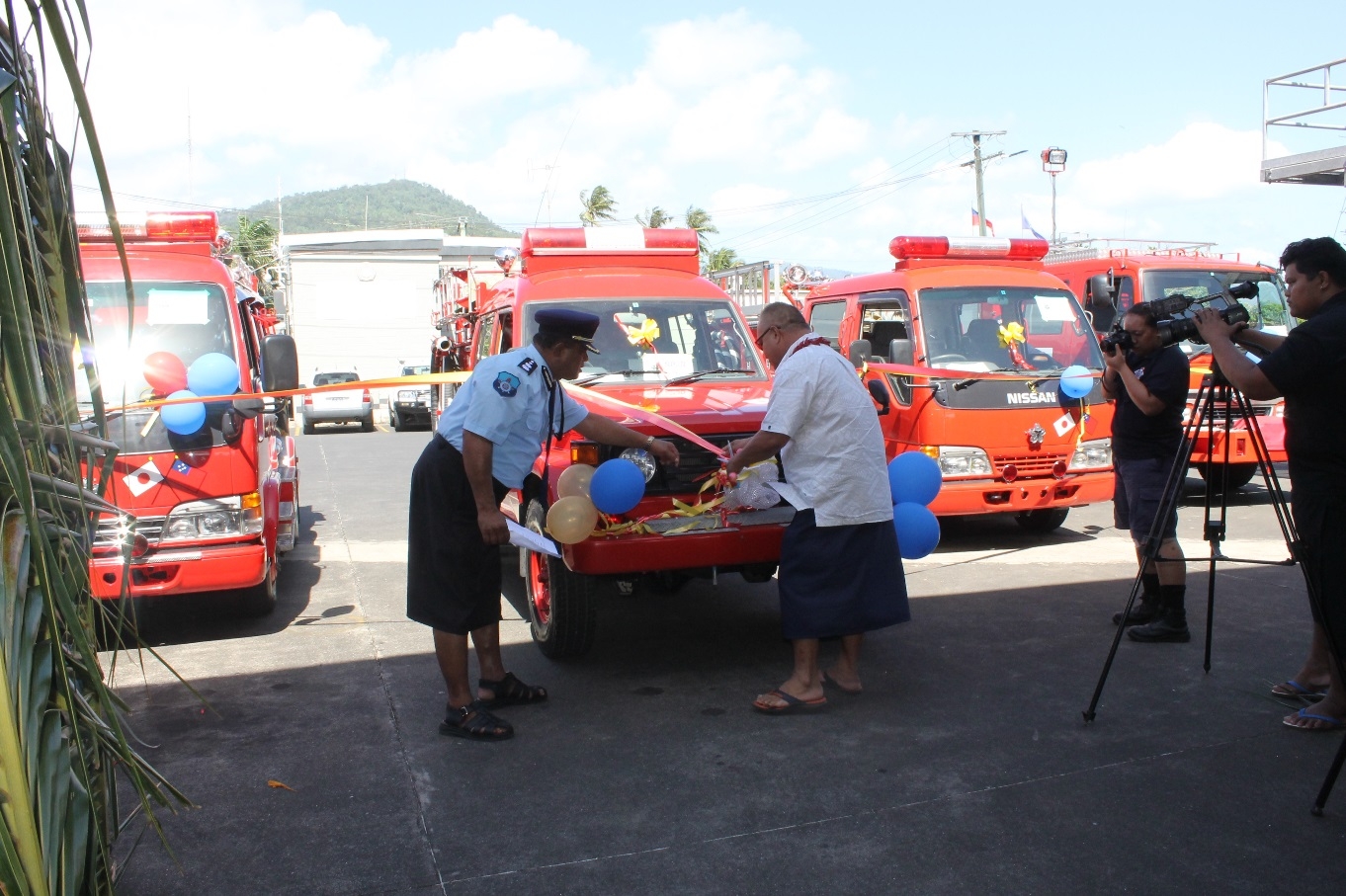 The Government of Japan once again assists the Samoa Fire and Emergency Services Authority (SFESA) in improving the standards of their vital services across Samoa.
Five used firefighting trucks were handed over to the authority on 9 August 2019 at the SFESA Headquarters in Apia.
Ambassador Extraordinary and Plenipotentiary of Japan to Samoa, H.E. Mr. Maugaoleatuolo Shinya Aoki represented his Government at the Handover Ceremony and officially handed over the keys to the Minister of the SFESA and Deputy Prime Minister, Hon. Ms. Fiame Naomi Mata’afa.
The five units of firefighting trucks consists of one pumper fire truck with tank, one water tank truck, one rescue truck and two fire pumper trucks all provided under Japan’s ongoing scheme namely Japan’s Grant Assistance for Grass-Roots Human Security Projects (GGP).
A grant of up to 88,819 USD was signed over to SFESA in March of last year for funding of the procurement, reconditioning and shipment of the five units from Japan.
The SFESA sought for Japan’s assistance in order for them to capitalise new substations in rural areas of both Upolu and Savaii Islands as well as to have adequate access to water supplies during emergencies.
Ambassador Aoki stated during his speech the importance of Japan’s GGP to assist in areas needed to improve across Samoa.
“Japan’s GGP aligns with Samoa’s national plan, Strategy for the Development of Samoa to assist areas across Samoa that is in much need of improvement.”
“This programme was introduced here in 1991 which was designed and founded on the concept of Human Security.”
He said given Samoa’s vulnerability to natural disasters, it was important to have an efficient and effective emergency service provider.
This project will not only benefit the people of Samoa whose lives and properties will be saved but will also enhance the capacity of SFESA workers who will handle the technical operation of the vehicles.
SFESA is one of the luckiest recipient under Japan’s GGP which has received a number of firefighting trucks in addition to the two recent fire trucks funded through a separate scheme for the Grant for Economic and Social Development Programme to increase their fleet for enhancing access to fire services and expedite the services during times of tragedy.
Japan’s GGP has been ongoing for 28 years and focuses on small scale projects that directly benefit the grassroots level as well as contributing to the socio-economic development of Samoa.